The fifth instalment in this popular and highly successful series, Viking follows on from Legionary, Gladiator, Knight and Samurai, your guide to the Norse world of the tenth century ad. Discover everything you will need to become a successful Viking warrior: how to join a war band; what to look for in a good leader; how to behave at a feast; what weapons and armour to choose; how to fight in a shield wall; where to go raiding; how to plunder a monastery and ransom a monk; how to navigate at sea; and what to expect if you die gloriously in battle.

Modern reconstructions and ancient artefacts, including 16 pages of brilliant colour images, will immerse the reader visually in the Viking world. The humorous text peppered with quotes from sagas and chronicles will take you on an engrossing journey from joining a raiding party to how to die gloriously. Seller Inventory BKS More information about this seller Contact this seller. A guide to the Norse world of the tenth century ad.

It helps you discover everything you will need to become a successful Viking warrior: how to join a war band; what to look for in a good leader; how to behave at a feast; what weapons and armour to choose; how to fight in a shield wall; where to go raiding; and how to navigate at sea.

Num Pages: pages, illustrations, 29 in colour. Dimension: x x Weight in Grams: Seller Inventory V Books ship from the US and Ireland. Book Description Shipping may be from multiple locations in the US or from the UK, depending on stock availability. Seller Inventory Synopsis: Combines the latest research and discoveries with a humorous eye to take us inside the Viking world So you want to be a Viking? Vikings are the lords of the northern seas. Fame, glory, and wealth await those who brave storms and enemy spears to plunder far and wide in foreign lands.


Who wouldn? This book tells you everything you need to know to become a successful Viking warrior in the tenth century. How to join a Viking war band? What to look for in a good Viking leader? How to behave at a feast? How to choose the right weapons and armor? How to plunder a monastery and ransom a monk? How to navigate at sea illustrations, 29 in color. Seller Inventory M The Vikings and Their Age. Angus A. This book, the first in our Companions to Medieval Studies series, is a brief introduction to the history, culture, and religion of the Viking Age and provides an essential foundation for study of the period.

The Viking Diaspora. Judith Jesch. It discusses the ways in which migrants from Russia in the east to Greenland in the west were conscious of being connected not only to the people and traditions of their homelands, but also to other migrants of Scandinavian origin in many other locations. The Age of the Vikings.

Anders Winroth. The Vikings maintain their grip on our imagination, but their image is too often distorted by myth. It is true that they pillaged, looted, and enslaved. But they also settled peacefully and traveled far from their homelands in swift and sturdy ships to explore. The Age of the Vikings tells the full story of this exciting period in history. Drawing on a wealth of written, visual, and archaeological evidence, Anders Winroth captures the innovation and pure daring of the Vikings without glossing over their destructive heritage.

He not only explains the Viking attacks, but also looks at Viking endeavors in commerce, politics, discovery, and colonization, and reveals how Viking arts, literature, and religious thought evolved in ways unequaled in the rest of Europe. The Age of the Vikings sheds new light on the complex society, culture, and legacy of these legendary seafarers.

The Vikings: Facts and Fictions.

Kirsten Wolf. When people think of the Vikings, they often envision marauding barbarians who lived violent lives. While a number of mistaken beliefs about the Vikings have become engrained in popular culture, they are not grounded in historical facts. This book examines popular misconceptions related to the Vikings and the historical truths that contradict the fictions. The Vikings in History: Edition 3. Donald Logan. Completely updated to include important primary research, archaeological findings and debates from the last decade, this third edition of F.

Donald Logan's successful book examines the Vikings and their critical role in history. 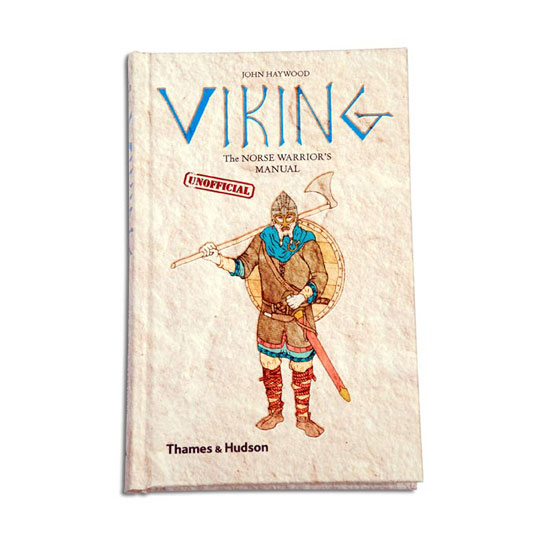 This edition includes: a new epilogue explaining the aims of the book updated further reading sections maps and photographs. Similar ebooks. John Haywood. From Finland to Newfoundland and Jelling to Jerusalem, follow in the wake of the Vikings—a transformative story of a people that begins with paganism and ends in Christendom. Vikings: A History of the Norse People. Martin J Dougherty.


They looted and enslaved their enemies. But that is only part of their story. In long boats they discovered Iceland and America both by accident and also sailed up the Seine to Paris which they sacked. They settled from Newfoundland to Russia, founded Dublin and fought battles as far afield as the Caspian Sea. A thousand years after their demise, traces of the Vikings remain all the way from North America to Istanbul.

Their graves contain Arab silver, Byzantine silks and Frankish weapons. In this accessible book, the whole narrative of the Viking story is examined from the eighth to the eleventh centuries. Arranged thematically, Vikings: A History of the Norse People examines the Norsemen from exploration to religion to trade to settlement to weaponry to kingdoms to their demise and legacy.

But today questions remain: what prompted the first Viking raids? What stopped their expansion? And how much of the tales of murder, rape and pillage is myth?

Illustrated with more than photographs, maps and artworks, Vikings: A History of the Norse People is an expertly written account of a people who have long captured the popular imagination. Stephen Turnbull. Combines the latest research with contemporary lives, descriptions, and reconstructions to provide a dramatic picture of what it was like to be a samurai. The World of Vikings. Justin Pollard. Covering the first three seasons of the series, this official companion book delves into the real history as well as the behind-the-scenes stories.

What is Kobo Super Points?

Viking historian Justin Pollard explains shipbuilding and navigation, Norse culture and religion, and the first encounters between Viking warriors and the kings of England and France. Interviews with cast and crew reveal the process of dramatizing this gripping story, from reviving the Old Norse language to choreographing battle scenes and building ancient temples for human sacrifice.

This spectacular ebook is a must for fans of the show and history buffs alike. Chronicles of the Ancient World.